Not For Profit Negative Risk Management – A Curable Disease

There are many admirable features of NFP governance and countless boards populated by well-meaning, experienced people. There also exists a disease – a disease contaminating organisations, corrupting boards and warping the minds of leaders. It’s a sad mutation of what was, at its core, a great way to strategically develop an organisation.
Allow me to characterise this disease into a role: the Chief Prevention Officer (CPO).
Imagine the CFO but with more of a Darth Vader look.

The key tool of trade of the CPO is the dark side of the Force – negative risk management. Like the dark side, this tool is based on fear, often snatched from the CEO or COO and transformed into something that tries desperately to uncover why the organization shouldn’t do something and scare the decision-makers in the process.

Risk management has transformed from being a remarkable way of enabling an organization to take calculated risks, to strategically develop and grow. It’s now something that intimidates and panics inexperienced board members, rendering them afraid to take risks.

When combined with a disregard for (or inexperience with) the entrepreneurial spirit, a negative approach to risk management is paralyzing leadership of NFPs. Leaving them to tinker with their business models rather than boldly reforming them for long-term viability and vitality.

As highlighted in another blog of mine, business-as-usual spells death for non-profits.

This week alone I’ve spoken with five not for profit leaders about this very issue. What started as a conversation about business models and sustainability soon turned to one of CPO’s and their cold-blooded clout.

In working with one organization, it seems the CPO has cornered the board into worrying more about hygiene than survival.

A non-for-profit organisation wanted make it easier to bring in  money so they decided to put a ‘Donate’ button on their website. Finance informed them they would have to get a certificate from the state government to allow fundraising. But wait – the website is on a national scale, so approval must be granted from every state and territory government in Australia. The process would take a huge amount of time and an unscaleable mountain paperwork.

The question is: What is the actual risk they face had they simply put up the donation button? What is the likelihood that the state governments would go after this small, non-profit organisation demanding recompense? Well, the chance that the Victorian government would send a letter is small but not nought. It’s happened before. However, the odds of the other states in which they do not operate coming after them? That hasn’t happened before. The chances are vanishingly non-existent and yet, even after getting approval from the Victorian government and a letter from the Queensland government (basically giving them a free pass), they cannot proceed. So sayeth the Chief Prevention Officer. 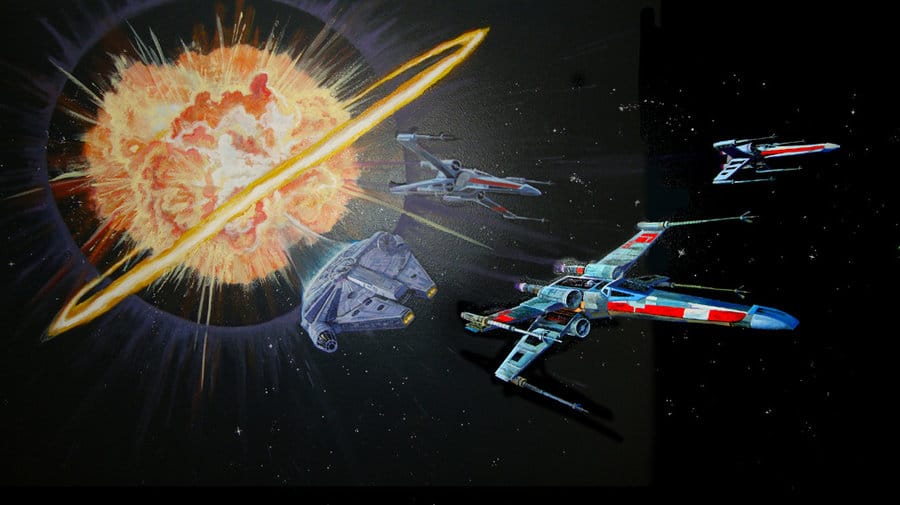 Leaders (Boards and Executives) must:

By addressing the people, attitude and application of techniques like risk management, and empowering
the creation of vibrant, dynamic business models, NFP’s can defeat Darth Vader, destroy the
Death Star and save the world with the green lightsaber, not the red.